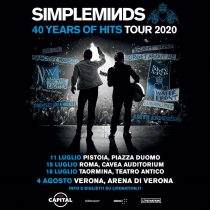 after the closing due to the Coronavirus pandemie, now all Italian museums and archaeological sites are open again. This apllies to all regions of Italy.

We will try to find out for you, which events of this summer will take place, which not. Until now were scheduled the following Events. We will keep you up to date.

Highlights 2020 (most of which regrattably cancelled or postponed to 2021, some were transformed into Online formats)

June 21 (18.00 h)
Live Stream from The Antique Theatre – Taormina
Festa della Musica The Italian « feast of music » will be celebrated by more than 9000 musicians all over Italy, they will perform on places and streets, in palazzi and museums, train stations, prisons and hospitals. Spectators can enjoy all genres from Jazz to Soul, Classical music to rock, baroque music in costume to heavy metal. In Taormina the association Taormina Arte celebrates the opening of the Summer Events 2020 at the Antique Theatre with a live transmission via Facebook. The concert with the Orchestra a plettro Città di Taormina and the band  191 Blues – Sicilian Blues the live stream will be accessible on the site of Taormina arte on FB https://www.facebook.com/fondazionetaorminartesicilia

July 11 to 19
Online, Congress Center and Teatro Antico – Taormina
66 th edition of  the Taormina Film Fest The 2020 edition of the famous Film Fest has been modified to an OnlineEvent. It will show a selection of more than 40 previews of international prime productions, independant films and documentaries. The competition part of the festival will now take place inside the Taormina Congress center for a limited audience. All other categories are changed to an Online form, performed on the platform MyMovies.
Info: taoarte.it

July 18 (21.00 h) Event postponed to next year, July 17, 2021
Teatro Antico  – Taormina
Simple Minds! The Scottish cult band wanted to come to Taormina on their « 40 Years Of Hits World Tour 2020 » (due to their 40 years celebration). Now they decided to postpone the whole tour to 2021. Already bought tickets will be considered as vouchers for the 2021 event. The new date at the Antique Theatre of Taormina will be communicated within short. It will be most probably in the same period. Lead singer Jim Kerr has a special connection to Taormina. Many years ago he fell in love with Taormina, bought a hotel here and still frequently visits our little town. We are happy to have him and his band here on stage again, in 2021.
Info and tickets: simpleminds.com and ticketone.it

July 24 (21.00 h)
Teatro Antico  – Taormina Event cancelled and postponed (new dates not yet available)
Alberto Urso the only 22 years old singer from Messina, who won the eighteenth edition of the Italian talent show Amici di Maria De Filippi in May 2019 , in concert.
Info and tickets: ctbox.it

July 25 (21.30 h)
Teatro Antico  – Taormina Event cancelled
Coez the Italian rapper, who was born in Campania but grew up in Rome, in concert on his 2020 Tour. In 2017 Coez released his 4th solo album called « Faccio un casino » and reached No. 2 on the Italian Albums Charts. The title track made it to the Top 10 on the Italian Singles Charts. With another track, « La musica non c’è » he made his first  No. 1 hit in Italy.
Info and tickets:  ticketone.it

July 31, August 1 and August 2 (21.00 h)
Teatro Antico – Taormina Event cancelled
Ficarra e Picone. The popular Sicilian comedians, both born in Palermo, 2019 celebrated their 25th year of working together. Their new tour is dedicated to this event. The two are very popular all over Italy by their performances on stage, TV and film. The last film they produced together, “Il primo natale” (the first Christmas) was a crazy time travel into the year of the birth of Jesus Christ.
Info and tickets: facebook.com/FicarraePicone/ and ticketone.it

August 3 (21.30 h)
Teatro Antico – Taormina Event cancelled
Mika on his « My Name Is Michael Holbrook-Tour ». The English glam pop singer, songwriter and pianist had his breakthrough in 2007 with his song Grace Kelly. His original name is Michael Holbrook Penniman jr. He was born in Beirut and when he was a year old, his family was forced to leave war-torn Lebanon and moved to Paris, France, which he and his family left for London, when he was 9 years old. Mika speaks French, English, Spamish and Italian fluently amd also some Lebanese Arabic. Since 2015 Mika supports the work of the UN Refugee Agency UNHCR. He visited a refugees in Lebanon and made several video messages in support of UNHCR.
Info and tickets: mikasounds.com and ticketone.it

August 5 (21.00 h) NEW EVENT
Teatro Antico – Taormina
Diodato the Italian singer-songwriter in concert. He won the 70th edition of the Sanremo Music Festival 2020 with the song « Fai rumore » and was scheduled to represent Italy in the Eurovision Song Contest 2020 in Rotterdam before it was cancelled due to the Corona Pandemy.
Info: puntoeacapo.uno and ticketone.it

August 8 (21.45 h)
Teatro Antico – Taormina Event cancelled and postponed to August 7, 2021
Ben Harper & The Innocent Criminals. The American singer-songwriter, multi-instrumentalist and three-time Grammy Award winner and his band in concert. Harper is known for playing an eclectic mix of blues, folk, soul, reggae and rock music, for his guitar-playing skills and his special voice. Harper is also an activist who supports nonprofit organizations that combat poverty and fight for the natural environment.
Info and tickets: benharper.com and ticketone.it

August 28 (21.00 h) tbc
Teatro Antico – Taormina
Mario Biondi  The singer and composer born in Catania, with a great love for soul music that helped shape his particular voice that references greats like Barry White, Isaac Hayes and Lou Rawls while at the same time giving his own spin to the soul and jazz genres.  Mario Biondi is a passionate musician while at the same time lighthearted and ironic.
Info: puntoeacapo.uno

September 2 (21.00 h) tbc
Teatro Antico – Taormina
Eleonora Abbagnato,  the  Italian ballet dancer, model, and actress, currently an Étoile at the Paris Opera Ballet. Abbagnato was set to retire from Paris Opera Ballet after a performance in 2019, which had to be delayed due to a dancers’ strike. She then wanted to retire after a special performance that features works she danced over the course of her career. The show was scheduled on 18 May 2020 however, but due to the Covid 19 pandemic was cancelled. She is now set to bid farewell during a Hofesh Shechter / Jerome Robbins / Crystal Pite mixed bill this autumn. In Taormina she will perform as a solo dancer.
Info: taoarte.it

September 4 and 5 (21.30 h)
Teatro Antico – Taormina Both evenings postponed to next year, September 4 and 5, 2021
Il Volo. The three young operatic pop singers, looking back to a 10 year’s career now, have been regular guests to Taormina. They are so popular, that they already nearly sold out the first evening of their stopover in Taormina. Baritone Ginaluca Ginoble and the two tenors Piero Barone and Ignazio Boschetto won the Sanremo Music Festival 2015 and since then they are touring worldwide.
Info and tickets: ilvolomusic.com and ticketone.it

September 19 (21.00 h)
Teatro Antico – Taormina
Pintus@Taormina. A completely new show by the comedian born in Triest with Sardinian-French-Ligurian roots. His programs alternate between comedy, singing, imitations and classical ballet (!). The guests he will have on stage are still his secret…
Info and tickets: angelopintus.com and ticketone.it